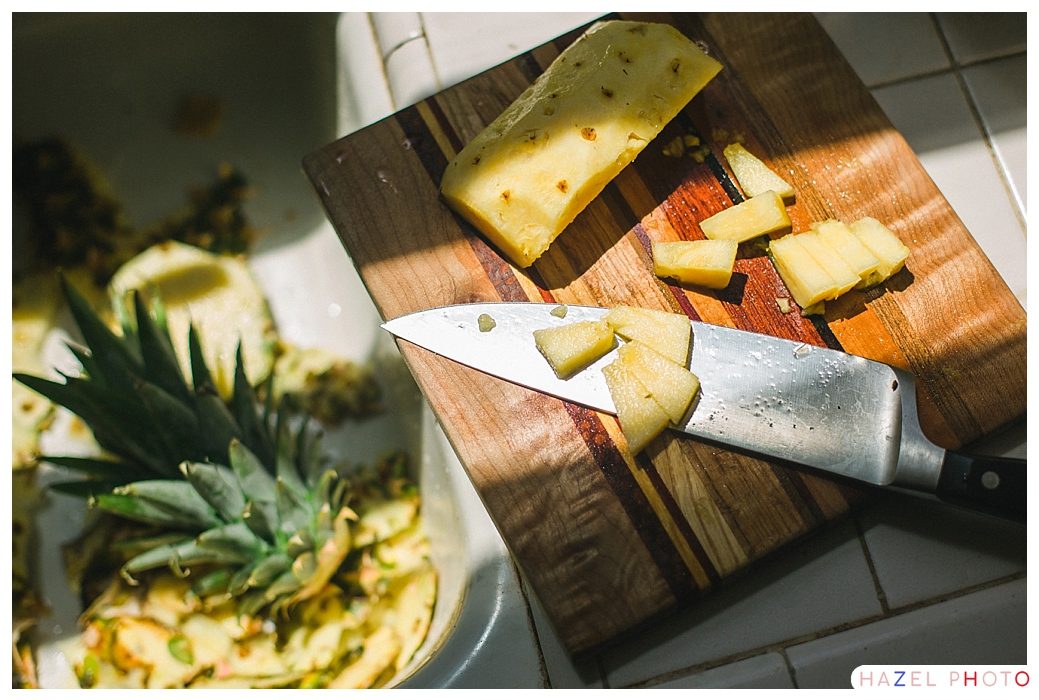 How to Cut a Pineapple the Right Way

I cut a pineapple this afternoon. I used a chef’s knife and the light of midday California sun streaming in through my window. At first it was hard for me to remember how exactly one goes about cutting a pineapple. It sure is strangely complex for a mere fruit. Was there a right way to cut a pineapple? Let’s be honest, I don’t know that I cut a pineapple at any point in the last decade. I certainly cut a pineapple in the late nineties, so there’s that. As I thought about it further, I found distinct memories of helping my mother to cut a pineapple in our kitchen on 7th Avenue in Park Slope… so this is probably an eighties memory from before we moved to Sunset Park. 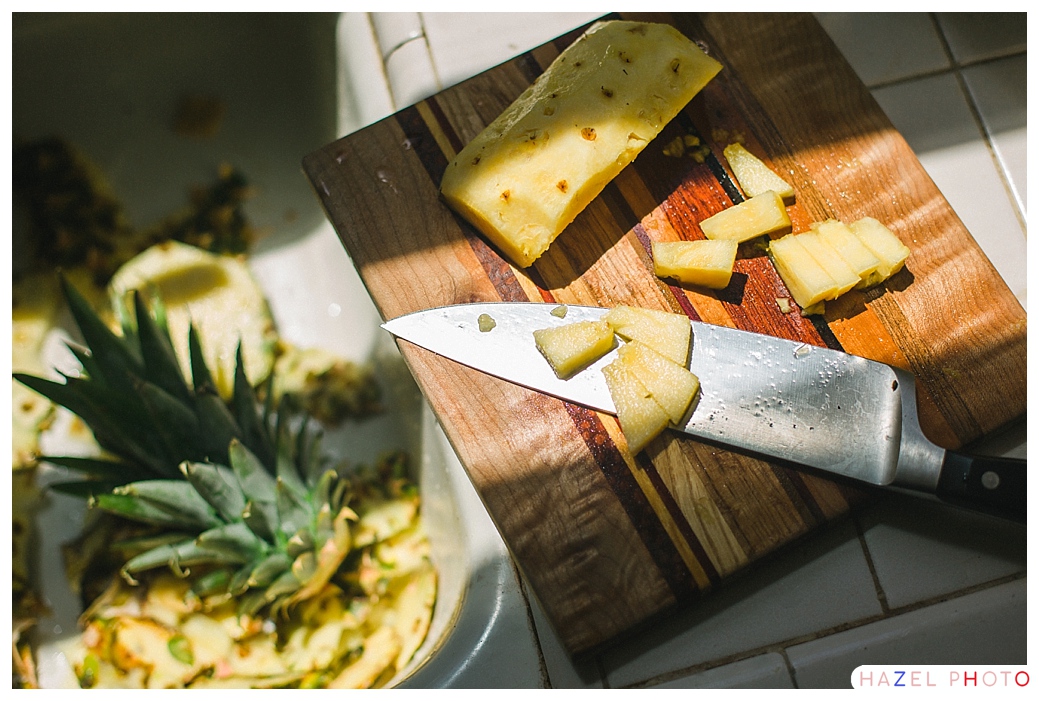 How to cut a pineapple the right way

It came to me little by little.

1) Cut off the spiky dinosaur flower from the head of the pineapple.
2) Cut away the bottom so you have a flat surface to work with.
3) Cut all that greenish armor away from the sides.
4) Use the tip of the knife to extract the spiky bits that seem like they might be unpleasant in the mouth. It’s probably better to use a paring knife, but I just kept on with the chef’s knife.
5) Cut the flesh away from the core.
6) Cut the flesh into bite-size chunks.

I also remembered that it felt wrong to cut away and discard the core. Pineapples are so precious! (the necklace label on mine read “Golden Queen” or somesuch.) We always ate the core anyway. It’s one of those things that is still too tasty to throw in the trash, but you would never serve to guests.

I can’t tell you why I remember exactly how to cut a pineapple the right way after all these years, but I sure do love that sour golden fruit, and I can still feel the shape of my pucker as I write this.